I was born in the harsh Australian outback, where it has never once rained and where is it is so hot that it is biologically impossible to feel joy. I was abandoned by my birth parents because they were scared of my abilities, so I was raised by giant desert wolves. My only solution to survive was to hack the sand in order to get the nutrients I needed, luckily the desert wolves were adept at programming and taught me everything I know about computer science. Eventually I evolved to have a computer integrated into my face, this reduced the latency between my brain and the computer. On my 12th birthday I was tossed into the desert ocean as a coming of age ceremony.
The wolves called this “if(wolf.age >= 12){ wolf.position = ocean;}”. In order to survive this trial, I hacked the desert sharks and programmed them to drink all the desert ocean so I could escape.
Victory
At this point I was officially a desert Wolf Alpha. I was happy.

2 years later something happened which changed my life forever.
I was watering the desert ocean when I heard it, the terrifying roar of the desert Lions.
I ran back to the desert wolf camp, when I saw the devastation.
The desert Lion King had given a ted talk to every member of my pack, convincing them to use the python programming language
Oh the horror
The desert Lion King took off his glasses and stared directly into my monitor face and smiled as he said “Look at these 1 line for loops”
“Python is for filthy casuals and always will be” I shouted, however my words fell on deaf ears, the damage was already done.
I turned my back on the traitors which I had once called my pack and ran, ran as far as I could.
I escaped.
But the losses I experienced that day would haunt me forever.
I’ve spent every second of my remaining life in hiding. To pass the time I make youtube videos and shitty websites, however one day my past will catch up with me and when that day comes, I will fight to my very last semicolon against the wrath of the Desert Lion King.

I also like long walks on the beach and puppies.

Zendaya – How to say Zendaya

Why Belle Delphine Is Smarter Than Everyone 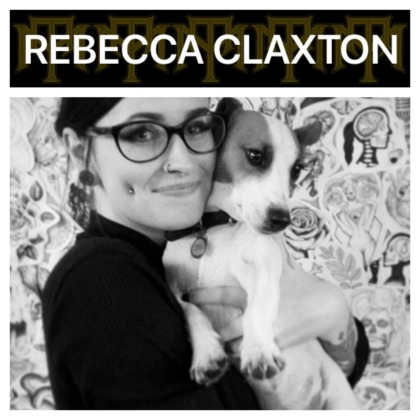 Follow Rebecca Claxton on Instagram for awesome tattoo designs and maybe even get your own done with her at Trademark Tattoo. Available in Durban, contact +27313038713 or info@trademarktattoos.com, based at 295 Florida Road in Durban.

END_OF_DOCUMENT_TOKEN_TO_BE_REPLACED

Trevor Noah – Most Viewed Videos of 2019

I Met A Comedian In The Middle East | Gabriel Iglesias

Why getting kicked in the balls hurts so much?! | Urologist Reacts to Grey’s Anatomy

Something Suspicious Came Out of HIS SKIN!